Five Paintings for Toys to Recreate

NOTE: I've turned off comments. Email me if you like--more suggestions for paintings to recreate?

I've gathered a few paintings and one photo/sculpture I'd like to recreate/interpret in toys.
I'll put them here in order by date.

1. BELOW: One of my favorite paintings: "The Magdalen Reading" by Rogier van der Weyden, before 1438; at the National Gallery, London.
That green! 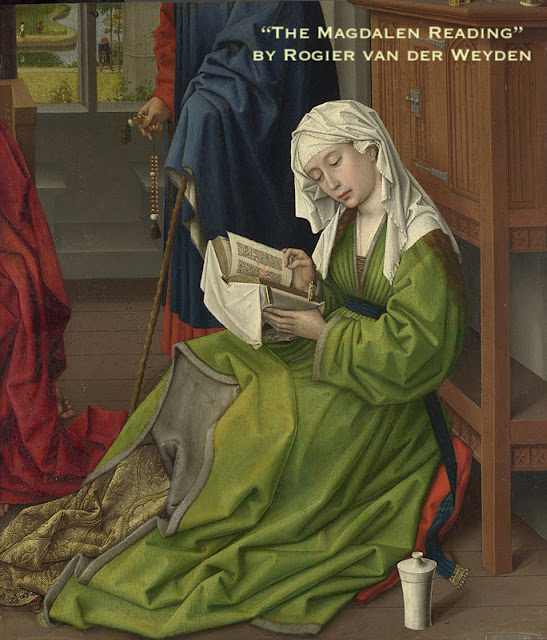 2. BELOW: It'd be fun to light this--so dramatic!
"Judith and Her Maidservant w the Head of Holofernes" by Artemisia Gentileschi. c. 1623 (at the Detroit Institute of Arts) .
"The scene captures the Biblical tale of Judith beheading her enemy the Assyrian general Holofernes, during a visit to his camp. She and her maidservant were under estimated because of their gender and also in that they are only two, against an entire enemy army." (via) 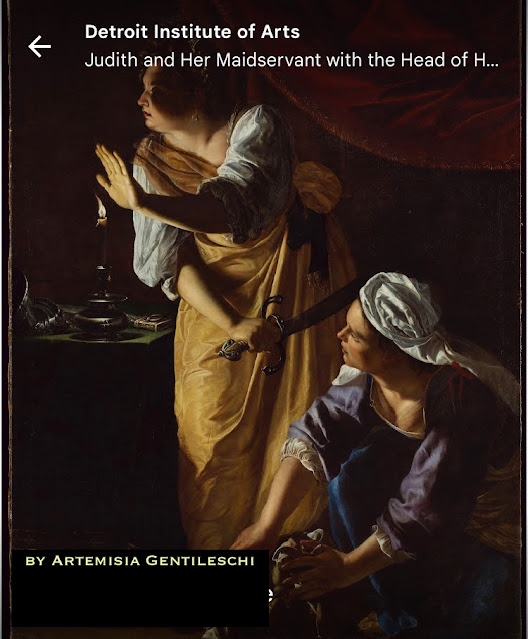 3. BELOW: My father gave me a small print of this when I was little, and it hung on my wall. (I think from a trip he took to NYC?)
"Manuel Osorio Manrique de Zuñiga" also known as the "Red Boy", by Goya, 1787-88 (in NYC at the Met:
"In its beak the magpie holds Goya’s calling card and signature.")

The cats! The cats! 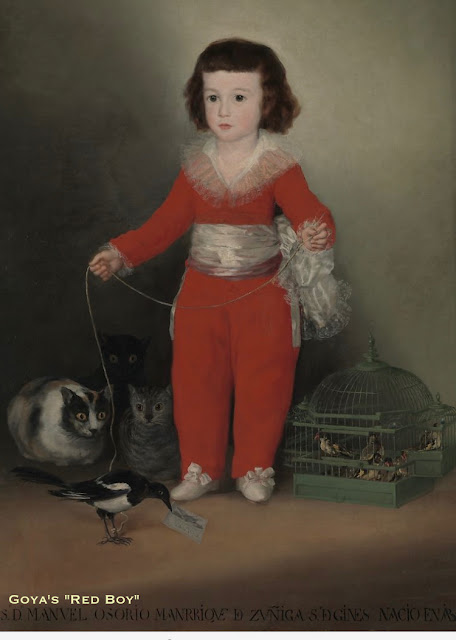 4. BELOW: My favorite of BP's books. Cover illustration for The Tailor of Gloucester by Beatrix Potter, 1902 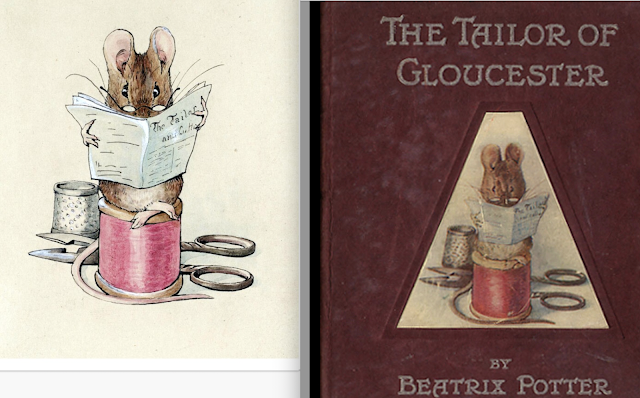 5. BELOW: Just for fun.
Louise Bourgeois with one of her spider sculptures:
THE ARTIST PICTURED WITH SPIDER IV, 1996. PHOTO: PETER BELLAMY. ART
"The artist characterised the spider as a maternal figure at once clever, protective and threatening. "
Bourgeois's own mother was a weaver and sewer in the family's tapestry business. 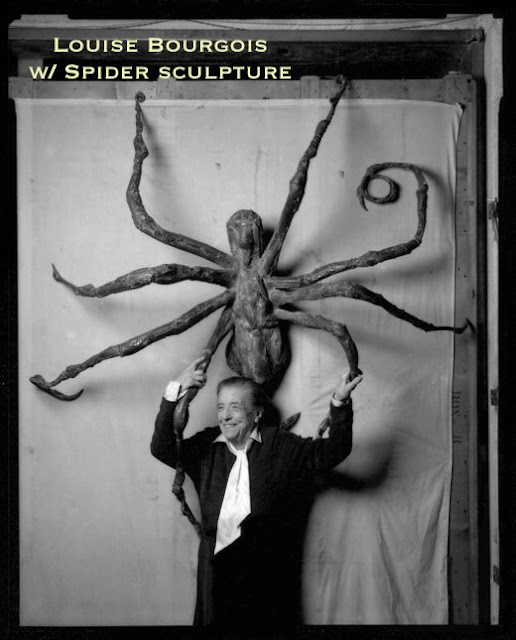