Men Standing on the Edge of Light 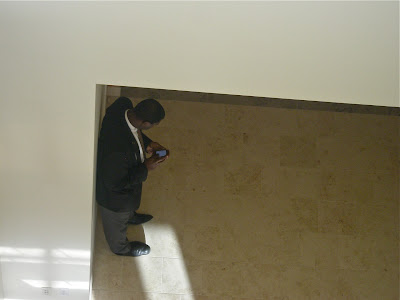 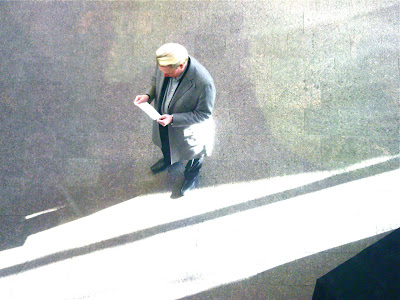 I took these photos at the Minneapolis Institute of Arts, for the Phillips + Whittier 365 photoblog I'm part of. It wasn't until I uploaded my dozens of photos of people at the museum that I saw the connection between these two, which pleased me a lot.
Posted by Fresca at 9:30 AM 8 comments: 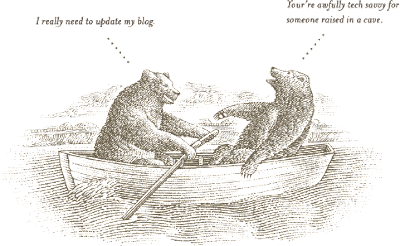 Briefly:
A friend is picking me up in ten minutes to go see Shakespeare's The Winter's Tale on stage. It's supposed to be a beautiful day, and I'm not all that keen on live theater, so I was feeling grumbly about having agreed to go, even though it's a free ticket.

But just now I looked up the play online and discovered it is the one with the famous stage direction, "Exit, pursued by bear," and now I have something to look forward to:
What will the bear look like?

And afterward I will go for a long walk.
Seven weeks to go until the Camino. I've been exercising indoors--it's been too icy to walk outside much--but now it's warm and the sidewalk is fairly clear--so I can begin to build up some callouses on my feet. In case I have to run away from bears.
Posted by Fresca at 12:09 PM 3 comments: 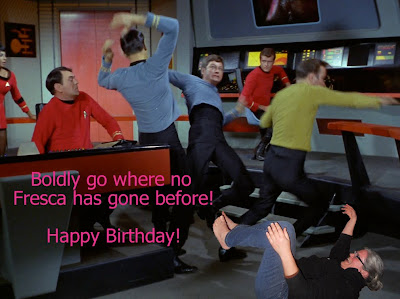 It's funny. Most of my life I've looked to the past to understand who I am; but at this 50th birthday, I feel the past as a drag that must be cut loose in order to move into the future.
I don't, of course, mean denying the past, but simply letting it stream away, like water streams off a swimming otter.

And now, for the future...
I must write something worthy of the praise in this macro.
THANK YOU, Mortmere!!!
Not just for this insanely flattering birthday message but for reminding me I'm not alone in feeling low about a midlife birthday. I was carrying some load of rubbish about how I should display perfect equanimity about it, but now I'm reminded Kirk didn't (how did I ever forget this???), I have cosmic permission to mope.

Actually, I woke up happy today, but this made me waaaay happier. It sorta even kinda feels like the best of times...

[In case you don't know, the original scene is Spock giving an antique copy of A Tale of Two Cities to Kirk for his unspecified (shall we say 50th?) midlife birthday, in ST II: The Wrath of Khan.]
Posted by Fresca at 9:06 AM 7 comments:

Who Would Play You in a Biopic? Why?

VL asked me this perfect birthday question.
I couldn't narrow it down--my biopic would have to be like that Bob Dylan one, where several actors would portray me. Including...

1. Philip Seymour Hoffman (below, right in Flawless, and that's him left, of course, too)
For my smart yet slovenly, dark yet goofy, brilliant but lazy self. 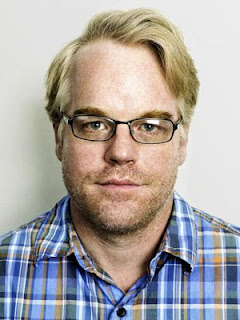 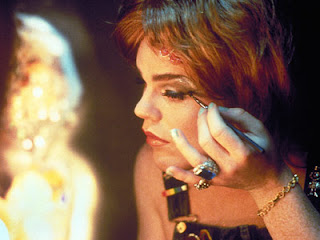 
2. Drew Barrymore
I always thought she looks a little like me... at least her chin does. She would show my adorable, cute, and vulnerable yet buoyant, effervescent, and resilient self. 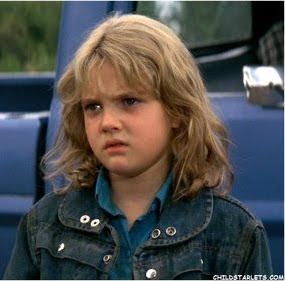 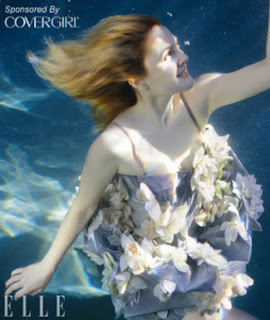 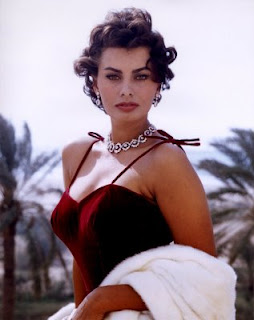 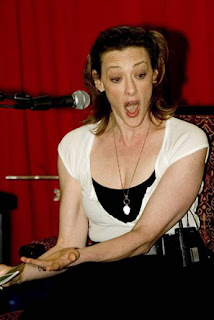 And how about you? Who would you choose to portray yourself?
Posted by Fresca at 9:40 AM 4 comments: 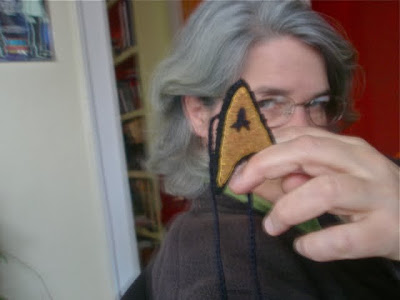 "Did I miss something in the thirty years I've known you?" Stefalala asked me on the phone last night. "Did you ever want to be president?"

Right.
No, I didn't. My political ambitions are pretty much met by walking down the street to cast my vote every couple years or so.

I felt like a failure after watching 8 episodes of The West Wing (in three days) not because I want to be a success in its story world but because I'd wandered into the wrong story.

We're all living out some story or another, running several story lines at once, really.
The "politics is the only game that matters" story line is not mine. It's my father's, the political scientist, the guy who told me he was disappointed in me.
Well, duh.
No wonder I felt like a failure, entering into a story that shares that pov.

The only match that showed up when I plugged in "West Wing" was this clip from WW where Josh tells a new White House staffer she can't wear her Star Trek pin to work because Trekkies are not fans, they're fetishists. Aaron Sorkin even manages to insult her gender.

I think he's onto something: The two story worlds don't play well together.

The way I see it, it's important to create or claim stories that help us become the heroes of our own real lives, and that help us to listen to one another's stories, without needing to take them on as our own.

OTOH, re glum post below, no one is a failure who has friends who make her a Sputnik replica filled with potato chips for her 50th birthday. 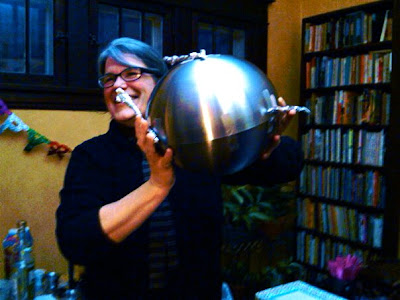 I turn fifty this Saturday.
I'm watching the first season of The West Wing, which I've never seen before.

This combination has kicked me in the gut.
I guess the message "Anybody can grow up to be president of the United States" must have lodged in my data banks, crosslisted under "Personal Potential" and "Later."

At fifty, words like "potential" and "later" have become "now."
And there is no doubt about whether or not I am now the president.

Then I got my AARP card. No matter what perky spin they put on it--
"Go SCUBA diving at 80!"--
this is the modern manifestation of the Grim Reaper's scythe whistling through the air. 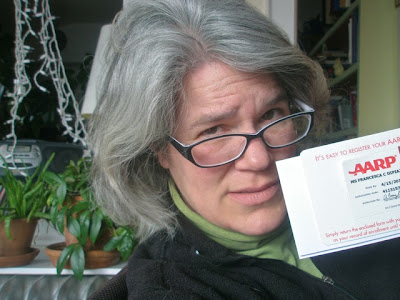 I didn't expect to feel anything about this birthday.
Instead, I feel like a failure.
Posted by Fresca at 11:02 AM 7 comments:

Fresca
United States
I am Custodian of Books at a thrift store, initiator of SNARP (Stuffed Needy Animal Rescue Project), and Friend of a pod of Orphan Red dolls.