This is my hundredth post labelled Stuffed Needy Animal Rescue Project (SNARP). That's one hundred posts, not one hundred toys, but still . . . Neat-o!

The first SNARP post was six summers ago, in 2015.
I was volunteering at Steeple People Thrift Store (since closed) and started pulling needy stuffed animals out of the trash, where they'd been discarded.

(The first Orphan Red doll––Red Hair Girl––came four summers ago, when I was working at Goodwill. I bought her for 49 cents. Her first appearance, July 7, 2017: "New Little Animal Person" (so named because I'd never had dolls before).

And now, St. Lucy Bear is restored!
Washed, mended, restuffed, and joints reattached, here in the front yard among the Queen Anne's Lace: 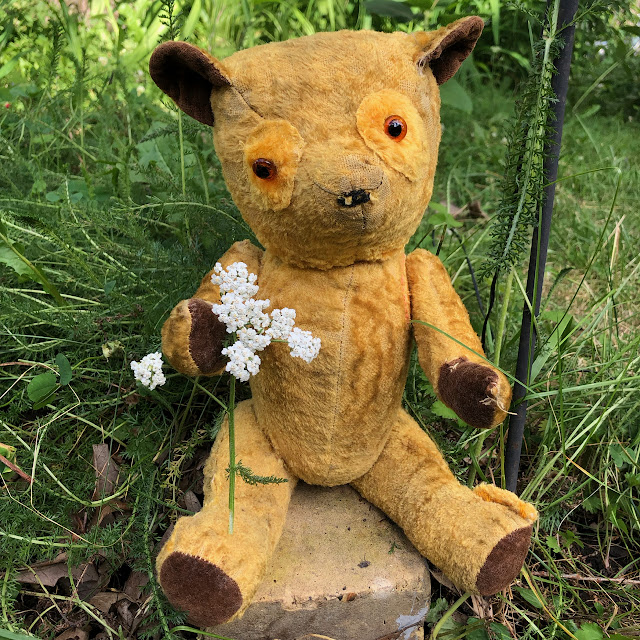 Few antique bears end up at thrift stores. I got this bear (from the 1930s, I think) on eBay in 2018.
She cost under ten dollars, one of a bunch of antique teddy bears in dreadful shape (dirty, smelly, threadbare), including Firefly, who is still with me,
and Tulip (restored, below), who lives with Krista: 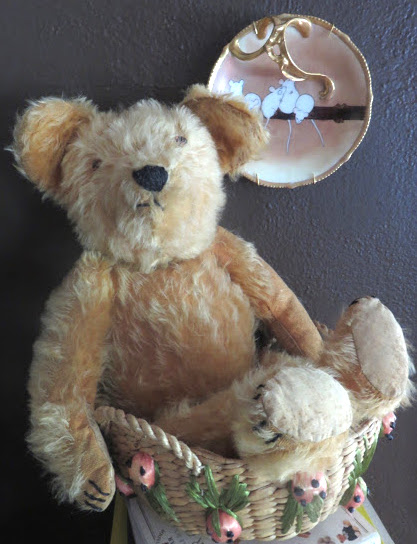 St Lucy Bear, Before and After: 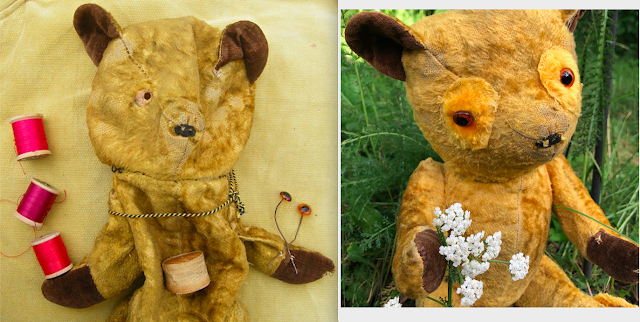 I removed the old stuffing (smashed flat), wash the dirty bear in mild dish soap (Ivory), and air dry.
The golden mohair fabric is threadbare but luckily is sound (it's not got dry rot, which continues to erode fabric).

Then I restuff bear---here with kapok, the seed-pod fluff of a tropical tree, a traditional material. Soft but solid, not squishy and mobile like modern stuffing: 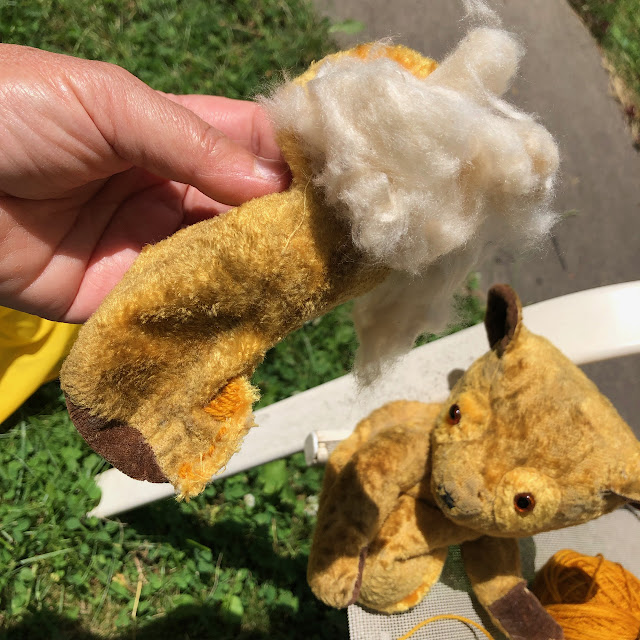 If a bear is jointed, their cardboard discs can't be washed.
That's the worst part of bear repair:
removing old joints, because the discs are held on with spiky cotter pins--I cut them off with a wire cutter.

I replaced those pins with rubberized wire here--you can see the white wire below. (Because these old bears are rather fragile, they don't need indestructible replacement parts.) 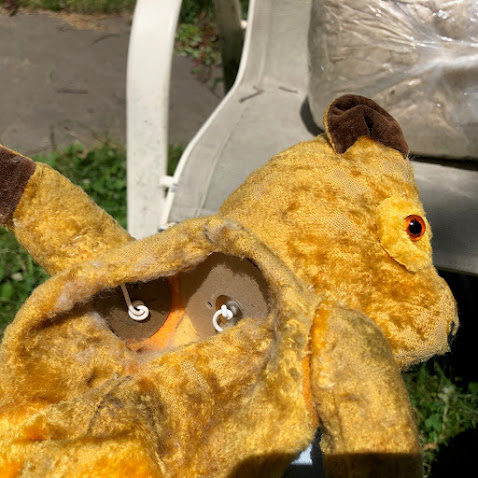 St Lucy Bear can walk again. She really trundles along too: 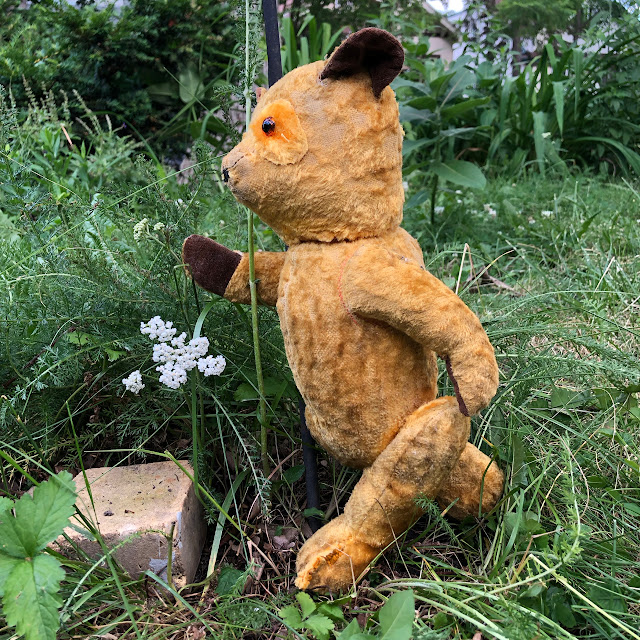 Congratulations for reaching this milestone!
(also, best wishes to the newly donated Bear With Button Eyes)

You have done a beautiful job on her xx

what a beautiful little bear! You have done a marvelous thing. wondering if you could replace MY joints and give me new eyes- the stuffing is still pretty good...I love LUCY!!

St Lucy is looking wonderful! Hooray for new life and walking in the garden.

Thanks, all, from me and St. Lucy!