My Hieronymus Bosch-inspired costumes for #ToysRecreatePaintings (here on Instagram) turned out more like Dada costumes.
Hm. That's fitting, come to think of it.

Can you name the objects in the girlettes' hats and clothes?
My thinking had been, Bosch looks like he does because he used the objects of his day; rather than copy his, I will use the objects of mine in a Boschian manner.

The girlettes aren't doing Boschian things, though--it's hard enough to get them all to stand still at once. They kept tossing their heads and knocking their hats off! 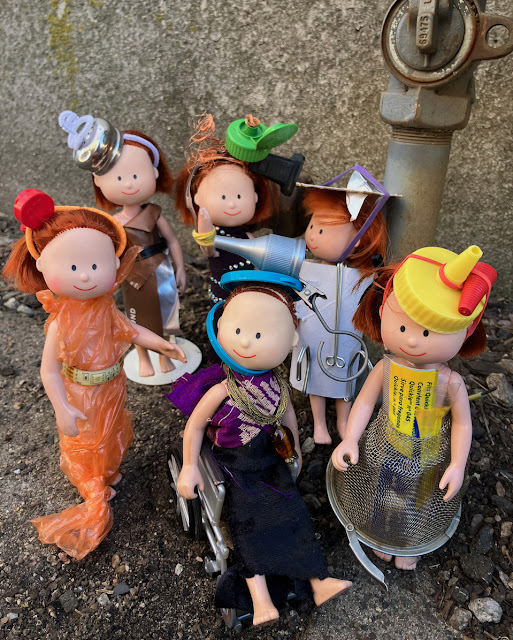 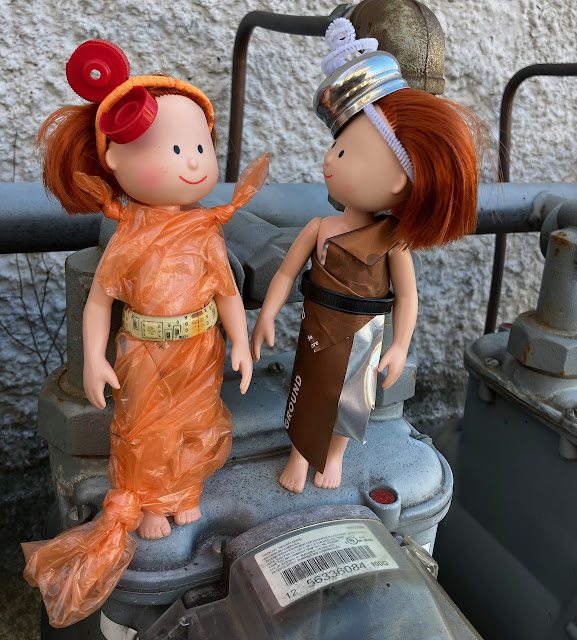 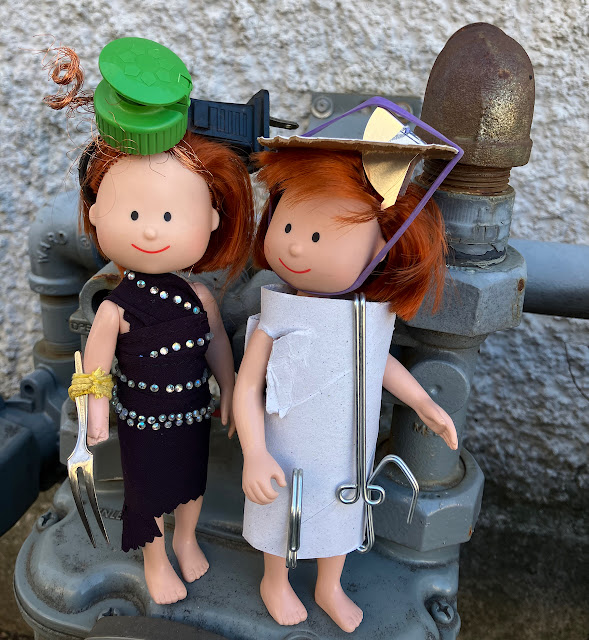 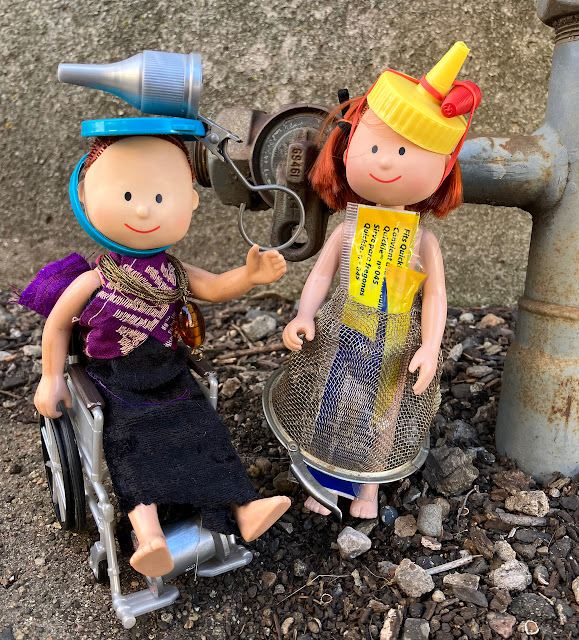 Tip o' the hat to bink--Bosch was her choice for this week, TRP's fourth.
Any suggestions for next week?

Utterly fantastic!!! Well done- girlettes! And that tiny wheel chair is so awesome! Love the outfits, too.

Thanks, Linda Sue. I had so much fun--(except for the bit where the girlettes would NOT cooperate--errrgh).
I love that you play too!!!

The tiny wheelchair is, of course, from work. I promised it to someone else, unfortunately. I will have to look for a replacement, or somehow make one.

Not only are the outfits wonderful but the backdrop is very cool.

Looking again, and again, noticing what may be obvious but I am slow- cocktail fork for a prosthetic arm, GREAT! toilet roll dress!!! Oh lord the exquisite- coffee dress/ orange dress-tea strainer skirt, so many lids- pure genius- agree with Mary- the outdoor setting is so perfect.

MS MOON: Thanks!
The background is the electricity boxes on the side of the house.
(What do you call those?)

LINDA SUE: Thank you for looking closely---my kitchen is now torn up and so many things are lidless!