Could it be different?

I hear this exact conversation at work*--nice white people (like me) say, "Oh this time it's going to be different and the cop won't get off, it's so egregious."

And my Black coworkers are, like, "You know this happened before, right?" 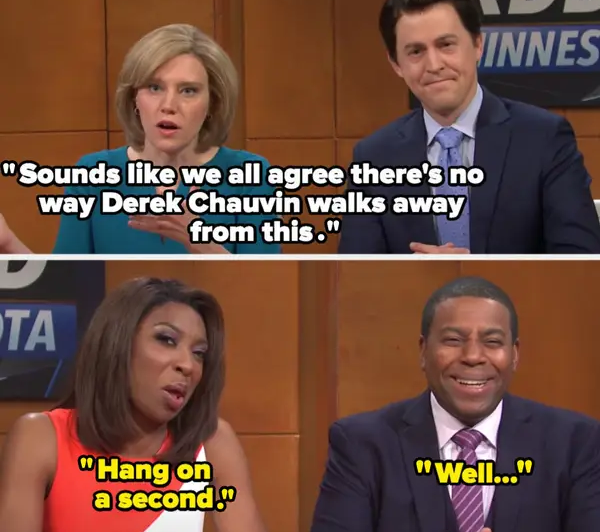 This morning I was thinking of how some Muslims fast on Ramadan to raise their compassion for people who live with hunger.

As a white person, I'm starting to be more aware, to feel the stress my Black coworkers have lived with their whole lives, like some people live with hunger while I never go without food.

To me these ongoing murders and violence are shocking, out of the ordinary.
To my coworkers like Mr Furniture, the threat of violence is ordinary;
you live with that level of fear and injustice every day, your whole life.

Many of my coworkers just keep their heads down at work.
The disgust, anger, frustration I feel at the unjust management of the store, so that I want to go somewhere else...
Some of them have lived with "bad management" forever. There is no "somewhere else" to go.

My coworkers are mostly poor, but it's the same for upper class Black people like the Obamas: You can move to the White House and the injustice hangs in the air there too, like the smell of cigarettes.

This isn't to say I shouldn't leave.
I'm lucky I have options.

I don't want to adapt to injustice, and I just can't get a foothold at the store... The management is, in my eyes, unskilled, and it unquestioningly follows the default setting of "ask no questions, shut up, and obey Father".

I don't know... I've learned a lot there about being ground down. You can learn a kind of Zenlike wisdom in response. (woo-sah)
Not sure there's much benefit in me sticking around longer though.

Could it be different?
It is a privilege to be able to say, Yes.
And I do say it.
Everyone should have that privilege, to think things can change, to always have food to eat.
But those aren't givens.

*From the SNL skit:

"That's fair, I think skepticism of the legal process is valid ... historically police have gotten away in other cases like this," McKinnon responds.

It would be so great if not this time. But I'm not betting on it.

I think that your skills and knowledge would be welcomed in a good indie bookstore.

I agree with Linda Sue. And if you are not happy where you are then eventually that will become unbearable. As for events, if that police officer really did mistake her gun for her taser then she should not be doing her job anyway. It is tragic. I just finished reading 'Caste' and it is one of the best books I have ever read. I learned so much, and although I probably should have known some of those things before, at least I do now.

I heard about the second killing on the news and thought "here we go again" and "will it never end?".
There's been so many decades for change to happen, yet it never does. Why the hell not?

In our household it’s a standoff between hope and despair with the Chauvin trial. I was glad to hear that members of the jury were tapping pens and fiddling with water bottles today as the defense suggested that carbon monoxide from the idling police car played a role in George Floyd’s death.

LINDA SUE: None of them are hiring--they have tiny staffs... But thanks!

SARAH: One day when I am calmer I will read Caste--I'm glad to get your report that it's great. I've read good reviews of it.

RIVER: Well, SOME change has happened... but nowhere near enough. A huge, good change is that we have video of the abuse now---it was always going on. So white people like me who didn't realize how every day it was now can SEE it.
Crazy how sticky the bad history is in this case...

MICHAEL: The defense is weak, but they don't need much to plant a seed of doubt in the jury's mind, I guess, since the pump is already primed.