THANKGOD my sister lent me the use of her air-conditioned kitchen today--it was almost 100ºF outside! Our hottest day of the summer so far.

It took me four hours to bake four batches of cupcakes and to cook up a veritable vat of coconut-pecan frosting.
In the middle of Batch Number Three,  I––dusted with cocoa and surrounded by eggshells––had a realization: 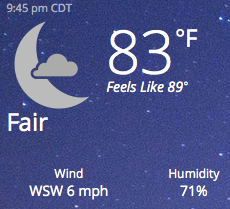 Yes, I would marry me, but then I would insist that we move somewhere with cooler summers and warmer winters.
But, it'd have to be someplace that's not going to burn up in forest fires, dessicate in drought, get washed away in hurricanes, swept off in tornadoes, knocked down by earthquakes, or drowned by tsunamis.
____________________________

* But, really, this is a good realization, since I wouldn't want to invite love to come to me if I didn't feel I myself would be happy if the lover who turned up was me (if you see what I mean?).

I absolutely see what you mean! That's a great realization.

Wherever you go, there you are.

Baking in the heat, that takes dedication, and real friendship. I hope you simply sat down and ate one, with a cup of good coffee and your shoes off.

CROW: I wish I could give you a cupcake. Right now, there are "extras" but I expect after the wedding there will be not a crumb.

ZHOEN: Wherever you go, there is a natural disaster!

I do consider the baking of cupcakes on a 100-degree day to put me in the upper echelons of friendship. Or something.

By the time the 111th cupcake came out of the oven, I had eaten so much batter, I didn't even want one.

Well, maybe next month, you can make yourself a batch and enjoy it yourself.

Who WOULDN'T want to marry you? I love that you're a batter-eater, fresca, and didn't know that about you.

Fresca
United States
I am Custodian of Books at a thrift store, initiator of SNARP (Stuffed Needy Animal Rescue Project), and Friend of a pod of Orphan Red dolls.